Buddy – The Dog Who Loved Too Much 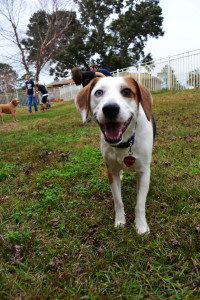 Meet Buddy, my oldest son’s child – uh, dog! Buddy’s an entertaining pup with an amazing capacity for loving.  Deeply.  If lost, Buddy is the kind of dog that would walk hundreds of miles to find my son. Buddy’s the kind of dog who would – and has – eaten through latticework in my parents’ backyard to get to…

Happy Valentine’s Weekend!! To celebrate the lovers’ holiday, I’m excited to share with you a video showcasing my upcoming novel – SHELTER ME, “A Second Chance Romance” from Berkley Sensation, on sale August 2014.  SHELTER ME has been called reminiscent of Nicholas Sparks’ THE LUCKY ONE with a splash of Marley AND ME.  (I like that!) Someone…

We adopted our beagle Toby when he was 10 years old – yes, you read that right! He came to the shelter (where I volunteer) as a stray, overweight, with a torn ACL. He was microchipped, but his owners refused to return the shelter’s calls to pick him up. Given his age and medical condition, his chances… 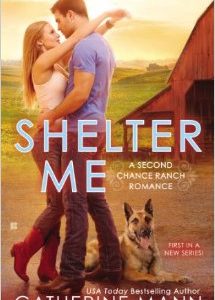