For the Sake of Their Son

“Let. Go. Now,” she said, barely able to keep herself from hauling him in for a kiss. “Sex will only complicate matters.”

“Or it could simplify thing.” He release her hair slowly, his stroke tantalizing all the way down her arm.

“Lucy Ann?” His bourbon-smooth tones intoxicated her parched senses. “What are you thinking?”

“My aunt said the same thing about the bonus of friends becoming….more.”

He laughed softly, the heat of his breath broadcasting how close he’d moved to her. “Your aunt has always been a smart woman. Although, I sure as hell didn’t talk to her about you and I becoming lovers.”

“You need to quit saying things like that. You and I need boundaries for this to work.”

His gaze fell to her mouth for an instant that stretched to eternity. “We’ll have to agree to disagree….”

“Do you really think people are going to believe we went from professional adversaries to lovers in a heartbeat?”

“This isn’t a plan.” Mariama pulled free, inching her chair back. “It’s insanity.”

“It’s a plan that will work.” Everyone will want to hear more about the aloof princess finding romance and playing Good Samaritan at Christmastime.”

Her eyes went wide with panic, but she stayed in her seat. She wasn’t running. Yet.

Rowan showed to his feet. “Time for bed.”

“Bed?” she squeaked, standing as well.

He could see in her eyes that she’d envisioned sharing a bed before this moment. And it gave him a surge of victory…. 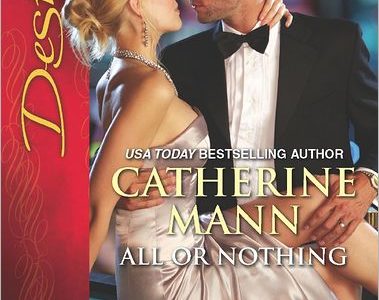 Not an option. Conrad played his trump card. “Do you want my signature on those divorce papers?”

Jayne dropped her rings on top of the computer that just happened to be resting over divorce papers. “Are you blackmailing me?”

“Call it a trade.” He rested his hand over the five-carat diamond he’d chosen for her, only her. “You give me two days and I’ll give you the divorce papers. Signed.”

“Just two days?” She studied him through narrowed, suspicious eyes.

He gathered up the rings and pressed them to her palm, closing her fingers over them again. “Fourty-eight hours.”

Hillary Wright seriously needed a distraction during her flight from D.C. to Chicago. But not if it meant sitting behind a newlywed couple intent on joining the Mile High Club.

Her cheeks puffed with a big blast of recycled air as she dropped into her window seat and made fast work of hooking up the headset. She would have preferred to watch a movie or even sitcom reruns, but that would mean keeping her eyes open with the risk of seeing the duo in front of her making out under a blanket. She just wanted to get to Chicago, where she could finally put the worst mistake of her life behind her.

Hillary switched from the best of Kenny G before it put her to sleep, clicking through the stations until she settled on a Broadway channel piping in “The Sound of Music.” Passengers pushed down the aisle, a family with a baby and a toddler, then a handful of businessmen and women, all moving past her to the cheap seats where she usually sat. But not today. Today, her first-class seat had been purchased for her by the CIA. And how crazy was that? Until this month, her knowledge of the CIA only came from television shows. Now she had to help them in order to clear her name and stay out of jail.

A moan drifted from the brand-new Mrs. Somebody in front of her.

Oh God, Hillary sagged back into her seat, covering her eyes with her arm. She was so nervous she couldn’t even enjoy her first visit to Chicago. She’d dreamed about getting out of her small Vermont hometown. Her job as an event planner in D.C. had seemed like a godsend at first. She met the exciting people she would have only read about in the news otherwise—politicians, movie stars, even royalty.

She’d been starstruck by her wealthy boyfriend’s lifestyle. Stupidly so. Until she allowed herself to be blinded to Barry’s real intentions in managing philanthropic donations, his lack of a moral compass.

Now she had to dig herself out from under the mess she’d made of her life by trusting the wrong guy, by believing his do-gooder act of tricking rich associates into donating large sums of money to bogus charities, then funneling the money overseas into a Swiss bank account. She’d proven herself to be every bit the gullible, smalltown girl she’d wanted to leave behind.

As of today, her blinders were off.

A flash of skin and pink bra showed between the seats.

She squeezed her eyes shut and lost herself in the do-re-mi refrain even as people bumped past. Focus. Will away the nerves. Get through the weekend.

She would identify her scumbag ex-boyfriend’s crooked banking acquaintance at the Chicago shindig. Give her official statement to Interpol so they could stop the international money-laundering scheme. Then she could have her life back and save her job.

Once she was back in her boss’s good graces, she would again be throwing the kinds of parties she’d wanted to oversee when she’d first become an event planner. Her career would skyrocket with her parties featured in the social section of all major newspapers. Her loser ex would read about her in tabloid magazines in prison and realize how she’d moved on, baby. Maybe she would even appear in some of those photos looking so damn hot Barry would suffer in his celibate cell.

She pinched the bridge of her nose against the welling of tears.

A tap on her shoulder forced her out of her silly self-pity. She tugged off an earbud and looked over at a…suit. A dark blue suit, with a Hugo Boss tie and a vintage tie clip.

A low voice, nice, and not cranky-sounding like some travelers could be. His face was shadowed, the sunlight streaking through the small window behind him. She could just make out his dark brown hair, which was long enough to brush his ears and the top of his collar. From the Patek Philippe watch to his edgy Caraceni suit—all name brands she wouldn’t have heard of, much less recognized, before her work with highend D.C. clients.

And she was in his seat.

Wincing, she pretended to look at her ticket even though she already knew what it read. God, she hated the aisle and she’d prayed she would luck out and have an empty next to her. “I’m sorry. You’re right.”

“You know what?” He rested a hand on the back of the empty seat. “If you prefer the window, that’s cool by me. I’ll sit here instead.”

“I don’t want to take advantage.” Take advantage? The cheesy double entendre made her wince. A moan from the lovebirds a row ahead only made it worse.

“No worries.” He stowed his briefcase in the overhead before sidling in to sit down.

Then he turned to her, the light above bringing him fully into focus— And holy cows on her hometown Vermont farm, he was hot. Angular. But with long lashes that kept drawing her gaze back to his green eyes. He was probably in his early thirties, gauging from the creases when he smiled with the open kind of grin that made him more approachable.

She tilted her head to the side, studying him more closely. He looked familiar, but she couldn’t quite place him…. She shook off the feeling. She’d met so many people at the parties she’d planned in D.C. They could have crossed paths at any number of places. Although, she must have seen him from a distance, because if they’d met up close, she definitely wouldn’t have forgotten him.

His seat belt clicked as the plane began taxiing. “You don’t like flying.”

“You want the window seat, but have the shade closed. You’ve already plugged into the radio. And you’ve got the armrest in a death grip.”

Better to claim fear of flying than to go into the whole embarrassing mess she’d made of her life. “Busted. You caught me.” She nodded toward the row in front of her just as one of the seats reclined providing too clear a view of a man’s hand sliding into the woman’s waistband. “And the lovebirds up there aren’t making things any more comfortable.”

His smile faded into a scowl. “I’ll call for the flight attendant.”

He reached for the button overhead. She touched his wrist. Static snapped. At least she hoped it was just static and not a spark of attraction.

Clearing her throat, she folded her arms over her chest, tucking her hands away. “No need. The flight attendant’s in the middle of her in-flight brief—” she lowered her voice “—and giving us the death glare for talking.”

He leaned toward her conspiratorially. “Or I can kick the back of their seat until they realize they’re not invisible—and that they’re being damned inconsiderate.”

Except now that he was so close, she didn’t notice them. Her gaze locked on the glinting green eyes staring at her with undisguised, unrepentant interest.

A salve to her ego. And an excellent distraction. “I guess we can live and let live.”

“Although, honestly, it doesn’t seem fair the flight attendant isn’t giving the evil eye to the handsy twosome.”

“And you’re trying to tell me you’re a true believer in flowery romance?” She took in his expensive suit, his dimpled smile and his easy charm. “No offense, truly, but you seem more like a player to me.”

A second after the words left her mouth, she worried she might have been rude.

He just laughed softly and flattened a hand to his chest.

“You think the worst of me. I’m hurt to the core,” he said with overplayed drama.

Her snort turned into a laugh. Shaking her head, she kept on laughing, tension uncurling inside. Her laughter faded as she felt the weight of his gaze on her.

He pointed to the window. “We’re airborne now. You can open the shade and relax.”

Relax? His words confused her for a second and then she remembered her excuse for nerves. And then remembered the real reason for her nerves. Her ex-boyfriend. Barry the Bastard Bum. Who she was hoping to help put in prison once she identified his accomplice in Chicago—if she didn’t get offed by the bad guy first.

She thumbed her silver seat belt buckle. “Thank you for the help.”

“Troy.” He extended his hand. “My name is Troy, from Virginia.”

“I’m Hillary, from D.C.” Prepping herself for the static this time, she wrapped her fingers around his, shaking once. And, yep. Snap. Snap. Heat tingled up her arm in spite of all those good intentions to keep all guys at bay. But then what was wrong with simply being attracted to another person?

Her ex had taken so much from her, and yes, turned a farm-fresh girl like her into a cynic, making her doubt everyone around her. Until she now questioned the motives of a guy who just wanted to indulge in a little harmless flirtation on a plane.

Damn it, there was nothing bad about chatting with this guy during the flight. He had helped her through her nerves about identifying Barry’s accomplice at the fundraiser this weekend. A very slippery accomplice who had a way of avoiding cameras. Very few people had ever seen him. She’d only seen him twice, once by showing up at Barry’s condo unannounced and another time at Barry’s office. Would the man remember her? Her nerves doubled.

She desperately needed to take full advantage of the distraction this man beside her offered. Talking to Troy beat the hell out of getting sloshed off the drink cart, especially since she didn’t even drink.

“So, Troy, what’s taking you to Chicago?”