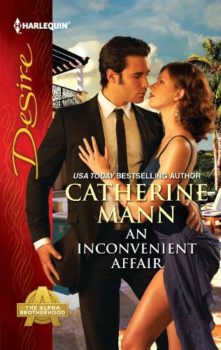 Hillary Wright has always been a magnet for Mr. Wrong. Her latest left her in trouble with the law, and to clear her name, she’s agreed to an undercover sting—as the “date” for infamous Troy Donavan. The notorious hacker is now a government good guy…and a sexy billionaire playboy. Troy has a reputation as the sort of man she’s vowed to avoid, and his secretiveness adds fuel to Hillary’s distrust. But with his kisses like molten sin, her fierce resistance is melting. And being sensible in the face of such overpowering desire is just not an option.

Other Books in the The Alpha Brotherhood Series