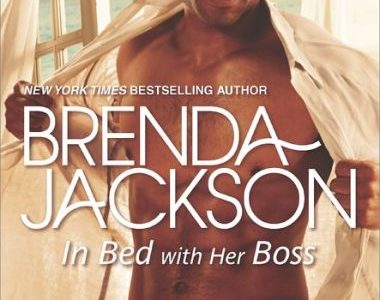 Only one thing sucked worse than wearing boring white cotton underwear on the night she finally landed in bed with her secret fantasy man.

Having him walk out on her before daylight.

Ashley Carson tensed under her downy comforter. Through the veil of her eyelashes, she watched her new lover quietly zip his custom fit pants. She’d taken a bold step – unusual for her – by falling into bed with Matthew Landis the night before. Her still-tingly sated body cheered the risk. Her good sense, however, told her she’d made a whopper mistake with none other than South Carolina ’s most high profile Senatorial candidate.

Moonlight streaked through the dormer window, glinting off his dark hair trimmed short but still mussed from her fingers. Broad shoulders showcased his beacon white shirt, crisp even though she’d stripped it from him just hours ago when their planning session for his fundraiser dinner at her restaurant/home had taken an unexpected turn down the hall to her bedroom.

Matthew may have been dream material, but safely so since she’d always thought there wasn’t a chance they could actually end up together. She preferred a sedentary, quiet life running her business, with simple pleasures she never took for granted after her foster child upbringing. He worked in the spotlight as a powerful member of the House of Representatives just as adept at negotiating high profile legislation as swinging a hammer at a Habitat for Humanity site.

People gravitated to his natural charisma and sense of purpose.

Matthew reached for his suit jacket draped over the back of a corner chair. Would he say goodbye or simply walk away? She wanted to think he would speak to her, but couldn’t bear to find out otherwise so she sat up, floral sheet clutched to her chest.

“That floorboard by the door creaks, Matthew. You might want to sidestep it or I’ll hear you sneaking out.”

He stopped, wide shoulders stiffening before he turned slowly. He hadn’t shaved, his five o’clock shadow having thickened into something much darker – just below the guilty glint in his jewel green eyes that had helped win him a seat in the U.S. House of Representatives. Five months from now, come November, he could well be the handsome sexy-eyed Senator Landis if he won the seat to be vacated by his mother.

With one quick blink, Matthew masked the hint of emotion. “Excuse me? I haven’t snuck anywhere since I was twelve, trying to steal my cousin’s magazines from under his mattress.” He stuffed his tie in his pocket. “I was getting dressed.”

“Oh, my mistake.” She slid from the bed, keeping the sheet tucked around her naked body. The room smelled of potpourri and musk, but she wouldn’t let either distract her. “Since yesterday, you’ve just developed a light step and a penchant for walking around in your socks.”

Ashley nodded toward his Gucci loafers dangling from two fingers.

“You were sleeping soundly,” he stated simply.

A lot of great sex tended to wear a woman out. Apparently she hadn’t accomplished the same for him, not that she intended to voice her vulnerability to him. “How polite of you.”

He dropped the shoes to the floor and toed them on one after the other. Seeing his expensive loafers on her worn hardwood floors with a cotton rag rug, she couldn’t miss the hints that this polished, soon-to-be Senator wasn’t at home in her world. Too bad those reminders didn’t stop her from wanting to drag him back onto her bed.

“Stop right there. I don’t need platitudes or explanations. We’re both single adults, not dating each other or anyone else.” She snagged a terrycloth robe off a brass hook by the bathroom door and ducked inside to swap the sheet for the robe. “We’re not even really friends for that matter. More like business acquaintances who happened to indulge in a momentary attraction.”

Okay, momentary for him maybe. But she’d been salivating over him during the few times they’d met to plan social functions at her Beachcombers Restaurant and Bar.

Ashley stepped back into the bedroom, tugging the robe tie tight around her waist.

“Right, we’re on the same page then.” He braced a hand on the doorframe, his gold cufflinks glinting.

“You should get going if you plan to make it home in time to change.”

He hesitated for three long thumps of her heart before pivoting away on his heel. Ashley followed him down the hall of her Southern antebellum home/turned restaurant she ran with her two foster sisters. She’d recently taken up residence in the back room off her office, watching over the accounting books as well as the building since her recently married sisters had moved out.

Sure enough, more than one floorboard creaked under his confident strides as they made their way past the gift shop and into the lobby. She unlocked the towering front door, avoiding his eyes. “I’ll send copies of the signed contract for the fundraising dinner to your campaign manager.”

The night before, Matthew had stayed late after the business dinner to pass along some last minute paperwork. She never could have guessed how combustible a simple brush of their bodies against each other could become. Her fantasies about this man had always revolved around far more exotic scenarios.

But they were just that. Fantasies. As much as he tried to hide his emotions, she couldn’t miss how fast he’d made tracks out of her room. She’d been rejected often enough as a kid by her parents and even classmates. These days, pride starched her spine far better than any back brace she’d been forced to wear to combat scoliosis.

Matthew flattened a palm to the mahogany door. “I will call you later.”

Sure. Right. “No calls.” She didn’t even want the possibility of waiting by the phone, or worse yet, succumbing to the humiliating urge to dial him up, only to get stuck in voicejail as she navigated his answering service. “Let’s end this encounter on the same note it started. Business.”

She extended her hand. He eyed her warily. She pasted her poise in place through pride alone. Matthew enfolded her hand in his, not shaking after all, rather holding as he leaned forward to press a kiss…

He slipped out into the muggy summer night. “It’s still dark. You should go back to sleep.”

Sleep? He had to be freaking kidding.

Thank goodness she had plenty to keep her busy now that Matthew had left, because she was fairly certain she wouldn’t be sleeping again. She watched his brisk pace down the steps and into the shadowy parking lot which held only his Lexus sedan and her tiny KIA Rio. What was she doing, staring after him? She shoved the door closed with a heavy click.

All her poise melted. She still had her pride but her ability to stand was sorely in question. Ashley sagged against the counter by the antique cash register in the foyer.

She couldn’t even blame him. She’d been a willing participant all night long. They’d been in the kitchen where she’d planned to give him a taste of the dessert pastries her sister added to the menu for his fundraiser. Standing near each other in the close confines of the open refrigerator, they had brushed against each other, once, twice.

She’d forgotten all about her white cotton underwear until he’d peeled it from her body on the way back to her bedroom. Then she hadn’t been able to think of much else for hours to come.

How she’d ached for whispery soft underthings during her childhood, but had always been forced to opt for the more practical cotton, a sturdier fabric not so easily snagged by her back brace. She didn’t need the brace any longer. Just a slight lift to her left shoulder remained, only noticeable if someone knew to check. But while she’d ditched the brace once it finished the job, she still felt each striation on her heart.

Ashley snatched the hanger from the rack and dashed past the shelved volumes of poetry, around a bubble bath display to the public powder room. Too bad she hadn’t worn this yesterday. Her night with Matthew might not have ended any differently, but at least she would have had the satisfaction of stamping a helluva sexier imprint on his memory.

A quick shrug landed her robe on the floor around her feet.

Ashley avoided the mirror, a habit long ingrained. She focused instead on the nightgown’s beauty. One bridal shower after another, she’d gifted her two foster sisters with the same style.

Satin slid along her skin like a cool shower over a body still flushed from the joys of heated sex with Matthew. She sunk onto the tapestry chaise, a French Restoration piece she’d bargained for at an estate auction. She lit the candle next to her to complete the sensory saturation. The flame flickered shadows across the faded wallpaper, wafting relaxing hints of lavender.

A deep breath at a time she willed her anger to roll free as she drifted into the pillowy cloud of sensation. She tugged a decorative afghan over her. Maybe she could snag a nano nap after all.