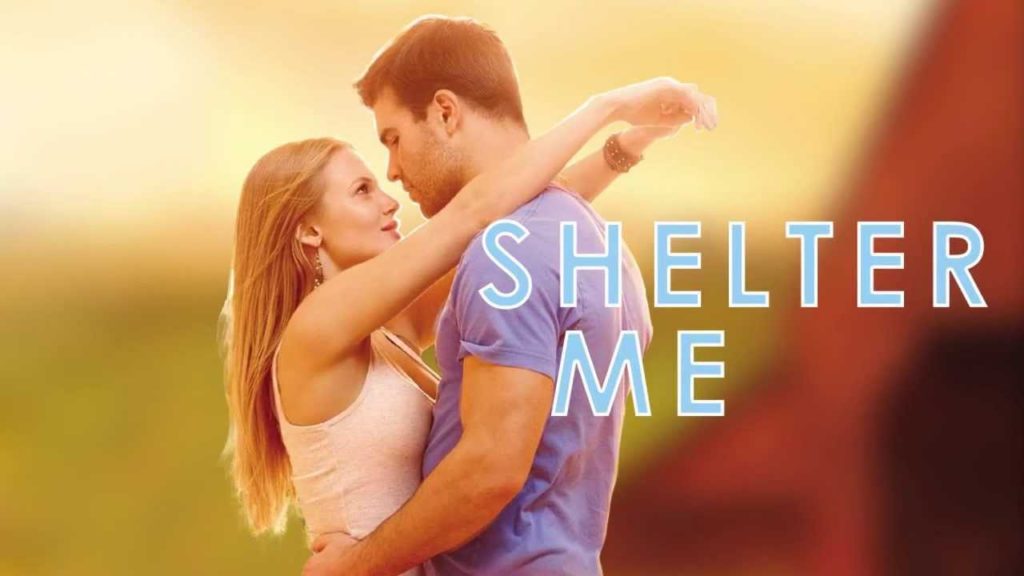 The countdown continues for Shelter Me to land on shelves Tuesday, August 8. Not much longer….

Today’s post is an all new excerpt. The prologue has been on my website for a few months. And now, here’s the opening to Chapter One. 🙂

Chapter One
Sierra McDaniel had ordered a drug test for a whacked-out Pomeranian, then milked a nanny goat to bottle-feed a litter of motherless pit bull pups. And it wasn’t even noon yet.

The Tennessee summer sun baked her hair faster than professional highlights she couldn’t afford anyway. She checked the latches of each kennel run attached to her mom’s converted barn/animal rescue, complete with doggie doors and an air conditioner. Someone had tampered with the locks and let all the dogs out last week, torquing off their cranky neighbors even more.

But then who wanted an animal rescue next door? Even if next door was an acre away on either side.

She double-checked the detoxing Pomeranian sprawled on a puppy bed, looking loopy. The fur ball had bitten a teenager, and the cops had soon deduced the dog discovered a hidden bag of pot, started chowing down on the weed and objected when the outraged teen tried to recover his stash. Animal Control had called her mom’s rescue for the pup that Sierra now called Doobie even though his real name was Lucky.

But he wasn’t, and no amount of wishing could change that.

She could, however, honor his memory by doing what he would want. So she spent every spare moment between summer classes and her grad assistantship duties pitching in at her mother’s Second Chance Ranch Animal Rescue. Not that her mom would ask for help with the rescue or her own job teaching online classes year-round. Even though Sierra saw the pain and struggle in her mother’s eyes, to the rest of the world Lacey was the ultimate independent military wife, giving all for her man. Holding down the home front. Raising Sierra and Nathan to be the perfect military brats.

Oh, hey, and caring for Grandpa McDaniel while Alzheimer’s sucked him deeper into the quicksand of dementia.

As if that wasn’t enough, Mom decided to save homeless and abused animals in all her free time, starting up a nonprofit rescue organization that didn’t pay a dime. The nanny goat—freshly milked—bleated in agreement from across the yard, bell clanking around her neck before she went back to chomping grass.

Seriously, weren’t goats supposed to be gifts for third-world villages?

Huffing her sweaty bangs off her brow, Sierra yanked open the door to the mudroom on their rambling white farmhouse and slammed it closed quickly behind her, muffling the din of barking to a dull roar. Checkered curtains on the door fluttered. Through the window, Tennessee fields stretched out as far as she could see, dotted with other homesteads. Her family only owned a couple of acres total, fenced in, but even still, half the neighbors complained.

Some more vocally than others, threatening to file an injunction to shut the whole operation down at a county council meeting scheduled for next month. Another problem for another day.

She scuffed the poop off her gym shoes once, twice, then gave up and ditched her sneakers in the sink. They landed on top of her mom’s black galoshes Lacey used for kennel work, sending their old calico kitty soaring away. Sierra eyed her own purple monkey rain boots with a stab of regret that she hadn’t tugged them on this morning.

She padded into the kitchen to wash her hands and grab another cup of coffee before they had to leave for Fort Campbell. Not that an IV dose of straight caffeine would help her face what waited for them at the Army post when that planeload of returning troops landed. When Mike Kowalski landed with a living, breathing reminder of the father that hadn’t returned….

(Copyright Catherine Mann 2014)
****
Comment below to be entered in the SHELTER ME Countdown Week giveaway of a tote bag full of books! Trivia question: Name my series that features four wealthy brothers from South Carolina. Answer correctly and you’ll be entered twice to win the grand prize. If you don’t know the answer, you can still comment. Creativity makes for fun posts!!