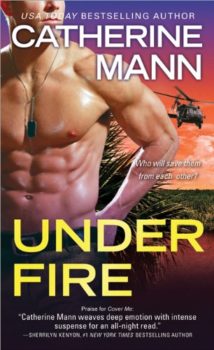 No Holds Barred, In Love or War…

A decorated hero, pararescueman Liam McCabe lives to serve. Six months ago, he and Rachel Flores met in the horrific aftermath of an earthquake in the Bahamas. They were tempted by an explosive attraction, but then they parted ways. Still, Liam has thought about Rachel every day—and night—since.

Now, after ignoring all his phone calls for six month, Rachel has turned up on base with a wild story about a high–ranking military traitor. She claims no one but Liam can help her—and she won’t trust anyone else.

With nothing but her word and the testimony of a discharged military cop to go on, Liam would be insane to risk his career―even his life—to help a woman who left him in the dust.

Other Books in the Elite Force Series