The Tycoon Takes a Wife 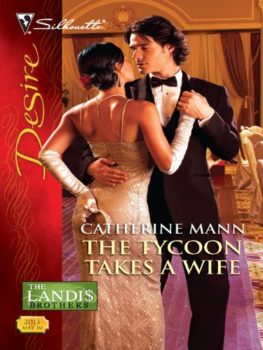 I Now Pronounce You… Still Married!

It had been a mistake…at least for Jonah Landis’s new bride. She’d left him the morning after their whirlwind wedding. And he’d never forgiven her. As quickly as they had once exchanged rings, Jonah filed for an annulment and vowed to put memories of Eloisa behind him.

But a year later, due to a technicality, it seemed the millionaire was still a married man. Eloisa had lied about many things, and now he finally had the ammunition to unravel it all. If his “wife” wanted out of this marriage, she was going to give him the answers he still needed… and the honeymoon he still craved….

Other Books in the The Landis Brothers Series