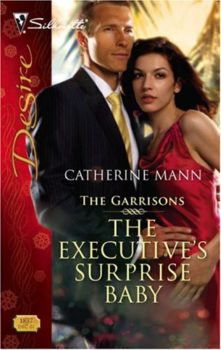 Telling her high-society family she was about to be an unwed mother had been tough. So how could she possibly inform the Garrison clan that the baby’s father was their archenemy? Brooke planned to keep the paternity secret…then millionaire hotel mogul Jordan Jefferies learned the truth. And he was not about to let her fear of scandal stop him from claiming his child. Or from making Brooke his wife.