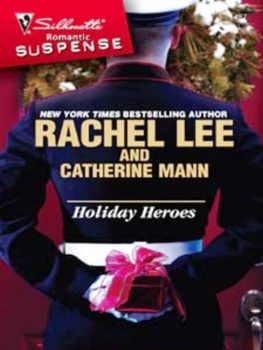 A Solider For All Seasons by Rachel Lee: U.S. Marine Jon Erikson needed to find peace this holiday season. But attraction sparked when he met park ranger Melinda Hawthorne—a woman also haunted by secrets. Venturing into a perilous wilderness would test their survival skills and growing desire….

Christmas At His Command by Catherine Mann: Keeping Senator Ginger Landis safe was General Hank Renshaw’s top priority. He wouldn’t let anything put her at risk—including his growing feelings for her. Danger threw them intimately together, taking them to a passionate point of no return.